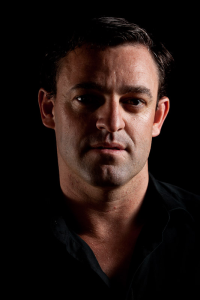 2022 sees very welcome returns to Australia for James to perform the roles of Giorgio Germont (La Traviata) with State Opera South Australia (a company debut) and Don Pizzaro (Fidelio) with the Sydney Symphony Orchestra (another company debut) under the baton of Chief Conductor, Simone Young.

James’ most recent performances in Australia were as Amfortas in Victorian Opera’s 2019 production of Parsifal. He was to return to Australia in 2020 to make his role debut as Kurwenal in Tristan und Isolde for Opera Queensland under the baton of Pietari Inkinen, however the performances were postponed due to the COVID outbreak. Likewise, a number of James’ recently scheduled performances in Europe had to be cancelled for the same reason, including another Wagner debut in Holland, where he was scheduled to have performed Friedrich in Das Liebesverbot.

In 2013 James performed the role of Rigoletto in the Austrian television series: ‘Kultur mit Holender: Wie eine Oper entsteht’ in collaboration with the Tiroler Festspiele Erl and Servus TV; he also appeared as Rigoletto in a broadcast of the opera on Servus TV. In 2019 he appeared in the role of Wiedhopf in Walter Braunfel’s Die Vögel, conducted by Lothar Zagrosek, which was televised on ORF. James performs regularly in recital throughout Europe and has performed for Oxford Lieder Festival, Franz Schubert Institut, Gesellschaft für Musiktheater Wien, Beethovenhaus Wien, Artsong NSW, Chamber Music Australia, Rainhill Music Festival and Aldeburgh Music Festival, has appeared as a soloist with the Australian Brandenburg Orchestra and has often been broadcast in Australia on 2MBS-FM, 3MBS-FM and ABC Classic FM and on ORF and Servus TV in Austria. In concert, he has been a soloist in Corrette’s Laudate Dominum, Dvorak's Stabat Mater, Handel’s Messiah, J.M.Haydn’s Requiem, Faure’s Requiem, Saint-Saens’ Oratorio de Noel, Mozart’s Great Mass in C minor, Schubert’s Mass in G, Vivaldi’s Dixit Dominus, a number of J.S.Bach Cantatas and St.Matthäus Passion. James is especially passionate about the performance of art song and Lieder, particularly the cycles of Schubert and Schumann, which he has performed in many countries to date.

James Roser is managed by Graham Pushee: graham@artsmanagement.com.au
February 2022
This biography is for general information purposes only and not for publication.

Please contact Arts Management for an up-to-date biography to suit your needs.