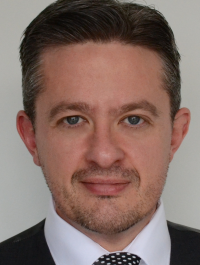 “Jared Holt…sang with clear and focused tone that projected effortlessly into the Town Hall’s spacious auditorium.”

Jared Holt was born and raised in New Zealand where he completed a degree in Classics, and in Law with Honours while continuing to perform opera, oratorio and recitals. In 2000, he won the Mobil Song Quest in New Zealand, enabling him to study at the Royal College of Music in London. He later joined the Jette Parker Young Artists Programme at the Royal Opera House, Covent Garden.

Having enjoyed a successful career as a baritone, Jared has now made the transition to tenor.

2022 will see Jared return to both New Zealand Opera in the role of Macduff (Macbeth) and to Orchestra Wellington for Schumann’s Scenes from Goethe’s Faust.

2020 and 2021 engagements included, and were to include, Jared’s return to the Auckland Philharmonia Orchestra to sing Beethoven’s 9th Symphony, Dunedin City Choir for Rossini’s Petite Messe Solennelle, Nelson Civic Choir for Messiah, Opera in the Park Nelson, Messiah with Auckland Choral Society, and The Bells (Rachmaninoff) with Orchestra Wellington. He was also engaged to perform the role of Don Jose in Carmen on Opera Australia’s national tour.

Jared Holt recorded the role of Melot (Tristan und Isolde) with the Orchestra of the Royal Opera House Covent Garden under Antonio Pappano on EMI Classics.

Jared made his debut as a tenor joining the New Zealand String Quartet to premiere a new song cycle, In Memoriam, by New Zealand composer Janet Jennings. In 2019 he travelled to Sydney to cover the title role in Werther for Opera Australia, sang the world premiere of Man, Sitting in a Garden (Young) for Auckland Philharmonia Orchestra, Prologue/Peter Quint in Britten’s Turn of the Screw with New Zealand Opera, Mozart’s Requiem with Christchurch Symphony Orchestra, Haydn Nelson Mass with Auckland Choral Society, Beethoven Symphony No. 9 and Choral Fantasy with Napier Civic Choir, and Messiah with Christchurch City Choir.

Jared Holt is managed by Graham Pushee: graham@artsmanagement.com.au
February 2022
This biography is for general information purposes only and not for publication.
Please contact Arts Management for an up-to-date biography to suit your needs.