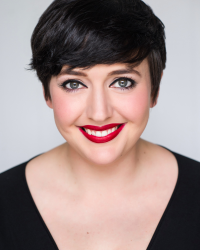 Prior to winning the 2014 Vienna State Opera Award, Margaret performed extensively with Opera Australia including performances in Handa Opera on Sydney Harbour as well as in regional touring productions.

Margaret holds a Bachelor of Music from the Sydney Conservatorium of Music.

Margaret Plummer is managed by Graham Pushee: graham@artsmanagement.com.au
February 2022
This biography is for general information purposes only and not for publication.
Please contact Arts Management for an up-to-date biography to suit your needs.