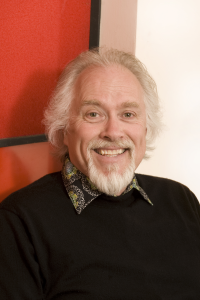 Brett Dean’s Hamlet, Glyndebourne Festival Opera/Adelaide Festival
“…Douglas McNicol is Horatio, not a school mate of the hero’s but a much older man, a tutor maybe.  The sincerity of his performance will break your heart.  He delivers the final lines cradling the dying man.  You weep.  He is a treasure of Australia’s operatic world.”
Edwart Shaw, The Advertiser March 2018

“…The choice of baritone, Douglas McNicol, as Elijah, was an inspired one, too. He played the demanding role splendidly, singing much of it from memory, immersing himself totally into his character. His powerful voice, regardless of the volume, filled the large auditorium with ease, his diction clear all the way through. The drama and emotion he gave to the role were profound.”

“…Douglas McNicol is Iago. Before he even opens his mouth, he projects a character that ordered his dish of revenge several months ago, giving it time to be served with plenty of cool. When he sings, his voice drips with malevolence, with no compromise to his rich tone. The subtleties of facial expressions add intensity to the sociopath–politician–betrayer we all love to hate. See this show for McNicol’s performance alone; his second act Credo is a treat”.

Could there be a better villain than Douglas McNicol’s Iago? His tour –de- force performance was not only brutally evil but outstanding

“Scarpia’s carnal and sadistic appetites in Act 2 embodies such veracity…truly malevolent in bearing and delivery ….”

The Love of the Nightingale, Victorian Opera

After studying music and drama at Flinders University in South Australia and voice at the Elder Conservatorium, Douglas spent a year as a member of Opera Queensland’s Young Artist Program before undertaking extensive vocal study in Europe. He began his professional singing career in 1981 at the State Opera of South Australia, making his debut with The Australian Opera, now Opera Australia, in 1991. A recidivist finalist for awards including The Helpman’s, Douglas has also won the Australian Singing Competition, The National Opera Festival Award, and is a Churchill Fellow.

An engagement to sing the role of Scarpia in 2006 was an outstanding success and began a move towards more dramatic repertoire including such roles as Amonasro, and Pizarro.

Further opportunities as Baron Scarpia including with Opera Queensland, Opera Australia (in the premier season of John Bells’ Tosca) and with West Australian Opera ensued, as well as resoundingly successful debuts as Jokanaan (Salome) and Iago (Otello). The Adelaide Critics Circle awarded Douglas the 2014 Best Individual Performer Award in all genres of live performance, for his revival of the role of Iago with State Opera of South Australia.

Last year Douglas was heard as Judge Turpin in Sweeney Todd, as Bartolo in The Barber of Seville and in Carousel for State Opera South Australia, and as Peter Quince in Britten’s A Midsummer Night’s Dream for Adelaide Festival. He will start this year in the roles of Benoit and Alcindoro in State Opera’s presentation of La Boheme on Glenelg Beach.

Related engagements include directing John Haddock’s Madeline Lee, performing the roles of Sharpless in Madama Butterfly, Harasta in The Cunning Little Vixen, Tonio in I Pagliacci, Leporello in Don Giovanni (for which he received a Helpmann Award nomination as Best Male Performer in a Supporting Role in opera), Verdi’s Requiem, the Puccini Spectacular, and his directorial debut with Gianni Schicchi ( in which he also performed the title role), all for State Opera of South Australia; the title role in Gianni Schicchi and Don Bartolo in Il Barbiere di Siviglia for West Australian Opera; as well as Faure’s Requiem with West Australian Symphony Orchestra under the baton of Simone Young.

Regarded as one of Australia’s most versatile and experienced baritones, notable engagements include the world premiere seasons of Richard Meale’s Voss 1986 (Adelaide Festival), and Richard Mills’ The Love of the Nightingale 2007 (Perth International Arts Festival). He has gained a reputation for excellence in contemporary opera, performing such roles as the Lieutenant in John Haddock’s opera, Madeline Lee for Opera Australia, Owen Hart in the Australian premiere of Dead Man Walking, Captain Gardiner Moby Dick (SOSA), and Roy Disney in Phillip Glass’ The Perfect American (OQ / Brisbane Festival) and Horatio in Brett Dean's Hamlet (Adelaide Festival 2019).

During his career he has worked for all the major opera companies and orchestras in Australia and New Zealand. with the Melbourne, Adelaide, Queensland, Tasmanian and West Australian Symphony Orchestras, and the Australian Chamber Orchestra as well as performing concerts in Italy and the UK, and as a guest artist at ‘Opera Under The Stars’ in Broome.

In concert and oratorio Douglas has a wide repertoire, performing in works such as Bach’s Magnificat, Christmas Oratorio, Mass in B Minor, St John and St. Matthew Passions, Purcell’s The Tempest, Berlioz The Childhood of Christ, Beethoven’s Symphony No.9, the Fauré, Brahms and Mozart Requiems, Handel’s Acis and Galatea, Messiah, Mendelsohn’s Elijah and The Bells by Rachmaninov.

Douglas McNicol is managed by Graham Pushee: graham@artsmanagement.com.au
February 2022
This biography is for general information purposes only and not for publication.
Please contact Arts Management for an up-to-date biography to suit your needs.