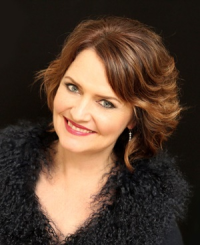 Great Performers Series, Melbourne Recital Centre
“....Holding a large audience utterly captivated for two hours, she luxuriated in an emotionally diverse, technically demanding and delightfully vivacious program... With an earthy lower register and a glittering coloratura that combines strength, control, agility and a vast expressive range, Matthews is not so much vocalist as instrument: a whole-of -body conduit for ideas and emotions. She inhabits roles completely, with vivid vocal characterisation and nuanced inflection”
Eamonn Kelly, The Australian, April 17, 2017

The Magic Flute,  Opera Australia
“…This is the first time I have heard Emma Matthews sing the Queen of the Night.  It is a role that, of necessity, must bring the house down and Matthews’ assured and arresting agility, virtuosic brilliance and musical maturity was a rare treat”.
Peter McCallum, Sydney Morning Herald, January 2015

Rigoletto,  Opera Australia
“…As his innocent daughter Gilda, one of the 'sweetest' roles in opera, Emma Matthews is on terrific form. Her bell-like top is beautifully integrated into the whole and her shaping of phrases, in one of her (vocally) most Sutherland-like performances, is a master class in bel canto style."..."immaculately paced and sung, Matthews moving the story forward with clarity, emotional honesty plus exquisite phrasing and breath control.
Clive Paget , Limelight Magazine, June 2014

The Turk in Italy,  Opera Australia
“Soprano Emma Matthews is a vivacious, manipulative Fiorilla, seamlessly switching between flirtatiousness, shrewishness and remorse.  Vocally, she is outstanding, displaying sparkling agility in coloratura passages and sensitive phrasing and dynamic shading in her slower arias”.
Murray Black, The Australian, January 2014

“Matthews's performance was a triumph that would sit comfortably on any stage in the world. In the brindisi (drinking song) she captured not only the swagger of the tune but its detail of ornamentation, with beautiful musical ease, and her vocal sound balanced warmth, purity and dramatic intensity throughout.”
Peter McCallum, Sydney Morning Herald, March 2012

The Love of the Nightingale,  Opera Australia
“Soprano Emma Matthews is remarkable as Philomele: intensely dramatic and vocally spectacular. After the maelstrom of horrors that precede it, her cathartic Song of the Nightingale was an emotionally overwhelming conclusion.”
Murray Black, The Australian, October 2011

The Cunning Little Vixen, Covent Garden
“…Emma Matthews offers an impressive house debut as the Vixen herself: a feisty feminist, red in tooth and claw, yet with a touching vulnerability at the core of her bright, high soprano….”
Hilary Finch, The Times, March 2010

Emma Matthews, currently head of Classical Voice and Opera Studies at the West Australian Academy of Performing Arts is a highly acclaimed and awarded soprano having received seven Helpmann Awards, nine Green Room Awards, the Mo Award and the Remy Martin Australian Opera Award and Limelight Awards for Music Personality of the Year 2010, Best Performance in an Opera 2012 and Australian Artist of the Year 2016. She has performed with all the state opera companies and the major Australian symphony orchestras, and at the Sydney, Melbourne, Perth, Adelaide and Huntington Festivals, with conductors including Vladimir Ashkenazy, Marko Letonja, Sir Charles Mackerras and Simone Young.

Most recently she has been heard at Opera in the Park and as Nedda in I Pagliacci both for West Australian Opera. Last year was also to have seen her perform Mahler Symphony No. 4 and Beethoven Symphony No. 9 with Adelaide Symphony and Carmina Burana with Melbourne Symphony Orchestra.

She is equally in demand on the concert platform, embracing a wide repertoire including the Requiems of Mozart, Brahms and Fauré, Mahler’s Symphony No. 2, masses by Poulenc, Villa Lobos, Haydn and Mozart, and Handel’s Messiah. Emma has also appeared as a special guest with José Carreras at the Sydney Opera House, and the New Year’s Eve Gala concerts for Opera Australia.

Career highlights include her Royal Opera House Covent Garden debut in the title role of The Cunning Little Vixen under the baton of Sir Charles Mackerras, Mahler’s Symphony no. 4 with Orchestre Philharmonique de Monte Carlo conducted by Yakov Kreizberg and with the Sydney Symphony Orchestra and Vladimir Ashkenazy, and Ismene (Mitridate) for Sydney Festival.

More recent roles include Violetta (La Traviata), Fiorilla (Il turco in Italia), Gilda (Rigoletto), the Queen of the Night (The Magic Flute) and Donna Anna (Don Giovanni) for Opera Australia and Rosina (The Barber of Seville) for West Australian Opera. Her recent concert appearances include the Strauss Gala for State Opera South Australia, the national tour of From Broadway to La Scala, Les Illuminations with Ensemble Liaison, Mozart arias with Sydney Symphony, Melbourne Symphony Orchestra’s Sidney Myer Music Bowl Concert and Eight Poems of Emily Dickinson (Copland) (released on disc for MSO Live in March 2014), and the ‘Jewel Song’ from Faust (Gounod)  and the ‘Mad Scene’ from Hamlet (Thomas), also with the Melbourne Symphony, Mozart Requiem and arias with the Tasmanian Symphony Orchestra, and recitals at Government House Sydney, with Ensemble Liaison and Sydney Omega Ensemble, featuring at Musica Viva’s Huntington Festival, Sydney Philharmonia Choirs’ Christmas concerts and Voices in the Forrest, Canberra as well as Duparc Songs with Simone Young and the ANAM Orchestra

Further engagements have included The Space between the Notes, written especially for Emma by Paul Grabowsky and Steve Vizzard, at the Victorian Arts Centre; An Evening in Vienna with the Melbourne Symphony Orchestra; Leila (The Pearlfishers) and the New Years’ Eve gala concert for Opera Australia; Violetta (La Traviata); a national tour of Voyage to the Moon - a baroque opera pasticcio for Musica Viva and Victorian Opera; Messiah with Melbourne Symphony Orchestra; Stonnington Opera in the Park and recitals at Kangaroo Valley Arts Festival, Perth Town Hall, the Melbourne Recital Centre and for Recitals Australia at Ukaria. Emma also portrayed Nellie Melba, in a new play, Melba: An Operatic Drama, by Nicholas Christo, presented at the Hayes Theatre, Sydney,

Emma Matthews is managed by Graham Pushee: graham@artsmanagement.com.au
February 2022
This biography is for general information purposes only and not for publication.
Please contact Arts Management for an up-to-date biography to suit your needs.