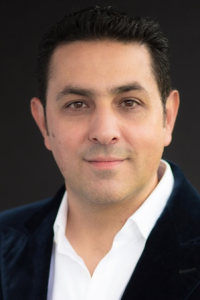 Opera in the Park, 50th Anniversary Gala Concert, WA Opera Company/ WA Symphony Orchestra
“…Plaudits, in particular, to tenor Virgilio Marino.  Stylistically and sonically, he could not be faulted whether as soloist or in ensemble.”
Neville Cohn, The West Australian, February 6, 2017

“…Virgilio Marino, whose angular delivery of the Turkish-style variation in the choral finale was exquisite;”.

“A true Italian tenor, even an Australian one, is incomparable, as Virgilio Marino proved in the long high last note of La Donna e mobile from Rigoletto.”
Jason Whittaker, The Press, May 2012

Australian-Italian tenor Virgilio Marino was winner of the Tenor Award at the Sydney Performing Arts Challenge, a Dame Joan Sutherland Award, and was a finalist in both the prestigious McDonald’s Opera Competition and the Australian National Eisteddfod in Canberra.

Virgilio studied voice at the Sydney Conservatorium of Music and the Mannes College of Music in New York. While in New York, his operatic performances included Fenton (Falstaff), Prunier(La Rondine), and covering Alfredo (La traviata). He has worked with voice coaches including Renata Scotto, Regina Resnik, Ruth Falcon, Tony Manoli and Joe Colaneri and completed masterclasses with Richard Miller, Jon Vickers, Fedora Barbieri and Jay Lessinger.  2003 took him to Italy for further studies in the Belcanto repertoire where he performed Rossini’s Petite Messe Solennelle in Milan and was a Semi-Finalist in the Concorso Riccardo Zandonai, Riva, Italy.

Virgilio returned to Opera Australia in 2020 where he performed Remendado (Carmen) and Uldino (Attila). He had also been engaged to perform Goro (Madama Butterfly), Lord Cecil (Roberto Devereux), Monsieur Triquet (Eugen Onegin), and to cover the title role in Faust, all also for Opera Australia. In 2021, his roles with the company will include Camille (The Merry Widow) and covering Spoletta (Tosca) and Froh (Das Rheingold).

On the concert platform Virgilio has been heard in Beethoven’s Symphony No 9 with Orchestra of the Music Makers in Singapore, Messiah (Queensland Choir), Spirit of Christmas at the Queensland Performing Arts Centre; as Shepherd (Oedipus Rex) for New Zealand Festival; the Myer Music Bowl Verdi concert, Beethoven’s Symphony No 9, Enescu’s Vox Maris and Verdi’s Requiem with the Melbourne Symphony Orchestra (and Sydney Philharmonia Choirs); Mozart’s Requiem with the Queensland Symphony Orchestra; Don Curzio (The Marriage of Figaro) and Gastone (La traviata) for the Brisbane Festival, and also in West Australian Opera’s Voyager Estate, Margaret River Gala and Opera in the Quarry.

Virgilio Marino is managed by Graham Pushee: graham@artsmanagement.com.au
February 2021
This biography is for general information purposes only and not for publication.
Please contact Arts Management for an up-to-date biography to suit your needs.