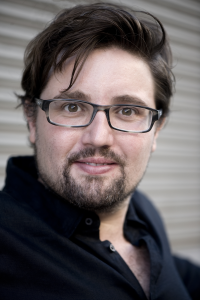 The Coronation of Poppea, Lyric Opera

"Rober Macfarlane's performance alone is worth the price of the ticket...he is a consummate performer of this type of music. Excellent control of a most pleasing tenor voice, complemented by an ebullient personality, enabled him to commit himself totally to characterising the mulitple roles he undertook in this production."

“…Tenor, Robert MacFarlane sang with irresistible joy, unleashing operatic flourishes for the benefit of both God and the audience.”

Lully’s Armide, Göttingen
“…Robert Macfarlane brought a remarkable presence as Renaud, who also mastered the tricky top notes of his part without any effort."

“Delightful as the wild Scythian was the Australian tenor Robert Macfarlane…Macfarlane gave a bravura performance.”

“Star of the show was Tenor Robert Macfarlane, whose unfailing enthusiasm was matched by a rich voice that filled the auditorium “

"the star of the evening…was Robert Macfarlane as the Evangelist… Not only did he perform this extremely demanding role with great dramatic variety of delivery and with impeccable diction, but his timing was almost theatrical…"

"But then Robert Macfarlane is an unusual phenomenon, with a remarkable capacity for mastering works that would daunt most singers…. The emotional arc of the performance was sustained without flagging for a moment. After the stunning climax of 'Die Nebensonnen' came the numbing, haunting conclusion of Der Leiermann. It was a memorable performance that left the audience and the performers emotionally drained."

Robert Macfarlane studied at the Elder Conservatorium in Adelaide and subsequently at the Hochschule für Musik, Leipzig ‘Felix Mendelssohn-Bartoldy’ with Prof. Dr. Jeanette Favaro-Reuter, as recipient of the prestigious Thomas Elder Overseas Scholarship. He undertook extensive study of the Baroque repertoire with tenor Howard Crook and has also studied and performed with world-renowned accompanist Malcolm Martineau.  Robert Macfarlane was the winner of the Adelaide Critic’s Circle award for best individual performance in 2012 (Bach St. John Passion), a finalist in the Lortzing Competition in Germany in 2013, and winner of the Royal Melbourne Philharmonic Aria competition in 2009. Robert is also the winner of the Richard Wagner Society of Victoria’s 2020 Young Artist Award, which will enable him to travel to Bayreuth and attend the Bayreuth Festival in 2021.

This year Robert will continue developing his passion for directing opera with Handel’s Acis and Galatea, in which he will also sing the role of Acis. He will also direct and sing in The Song Company’s postponed tour of The Arms of Love and give a recital of Schubert’s Die Winterreise for Geelong Chamber Music Society. His scheduled performances in 2020-2021 included appearing with Ludovico’s Band in the Chamber Landscapes series of concerts at Ukaria as part of Adelaide Festival, performing with the Australia Ensemble in songs by Vaughan Williams and Paul Stanhope, appearing as the Evangelist in the St. John Passion in Melbourne and with the Royal Melbourne Philharmonic in Tchaikovsky, Angel of Music. He was also to return to Auckland Philharmonia in the role of Bob Boles (Peter Grimes) and covered the roles of both Loge and Mime in Melbourne Opera’s new production of Das Rheingold.

Robert made his European Opera Debut in the virtuosic role of Ircano in Hasse’s Semiramide in Graz and Leipzig in 2014, for which he was highly acclaimed by the Austrian critics. On the opera stage, he has also sung Tybalt in Boris Blacher’s Roméo et Juliette for Opera de Lyon, Pong in Turandot with the Auckland Philharmonia Orchestra, Monostatos (The Magic Flute) for West Australian Opera; Orfeo (Peri’s Euridice) for Woodend Winter Arts Festival; the title role in Rameau's Pygmalion for the Peninsula Festival; Notary (La Sonnambula), Parpignol (La Boheme), Beppe (Pagliacci) and 3rd Jew (Salome) for State Opera of South Australia; Acis (Acis and Galatea) in Malaysia and Singapore; the roles of Echo and Pastore (covering the title role) in L'Orfeo with the Australian Brandenburg Orchestra for Brisbane Festival and in Sydney and Melbourne. Robert has also performed with New Zealand Symphony Orchestra, Sydney Philharmonia Choirs, Pinchgut Opera, Victoria Chorale, Lyric Opera of Melbourne, Royal Melbourne Philharmonic Society, Adelaide Philharmonic Chorus, and Co-Opera.

Robert is known internationally for his performances of Bach, in particular the Evangelist of the St. John and St. Matthew Passions, and was the 2008 and 2009 Bach Scholar in the St. Johns Bach Cantata program in Melbourne. He made his debut in Leipzig’s Thomaskirche in 2013 as the tenor soloist in Bach’s Mass in B Minor, with the Gewandhaus Orchestra and Thomanerchor under the direction of Georg Christoph Biller, returning the following year to perform Wär Gott nicht bei uns diese Zeit. Other acclaimed concert performances include soloist in semi-staged performances of St. Matthew Passion for Opera Queensland; Britten St Nicolas with the Adelaide Symphony Orchestra; Mozart Great Mass in C minor at St George's Cathedral, Perth; Handel's Messiah and Solomon; Monteverdi’s Vespers at the Melbourne Recital Centre and the Adelaide Festival; Britten's Serenade and Les Illuminations; recitals of Schubert's Die Schöne Müllerin, Winterreise and Schwanengesang and Schumann's Dichterliebe and Liederkreis with pianist Leigh Harrold, Wolf’s Italienisches Liederbuch with Anthony Legge, and for ArtSong Canberra and The Firm in Adelaide.

Robert Macfarlane is managed by Graham Pushee: graham@artsmanagement.com.au
February 2022
This biography is for general information purposes only and not for publication.
Please contact Arts Management for an up-to-date biography to suit your needs.