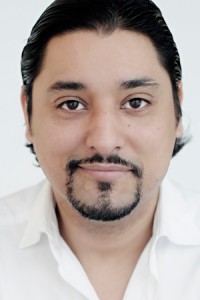 “…The standout performance of the evening is Angus Wood as Pinkerton. He portrays Pinkerton as charismatic but entitled, out to get the best of what he can. From his first entrance he holds the stage and his vocal performance is rich strong, and exhilarating.”

“Powerfully virile with an impeccable sense of style”

Born in Australia, Angus Wood moved to London at an early age. He was awarded a singing scholarship from the Royal College of Music, after which he returned to Australia, completing a Bachelor of Music with Honours at the University of Melbourne. In 1993 Angus was invited to the 'National Vocal Symposium', under the tutelage of Ms. Malena Malas, Dame Joan Sutherland and Luigi Alva.  He has been a member of both the Victorian State Opera and the Australian Opera Young Artist Programs.  Angus was the recipient of the inaugural Silvia Fisher Award and the 2001 Sir Robert Askin Operatic Travelling Scholarship and the German Australian Opera Award in 2006.

Following his debut for Opera Australia in 1993 he sang many of the leading lyric baritone roles for the company, ranging from Papageno in The Magic Flute to Pelléas in Pelléas et Mélisande. The experience of singing Pelléas, a role often sung by a tenor, coupled with the advice and encouragement of Luciano Pavarotti and then Music Director of Opera Australia Simone Young, led Angus to re-study as a tenor enrolling at the University of Michigan, where he also completed his Master of Music.Since then his roles in Australia and New Zealand have included Cavaradossi (Tosca) for Opera Queensland, Jupiter (Semele) for Pinchgut Opera; Cassio (Otello), Aeneas (Dido and Aeneas), Narrator in Il Combattimento di Tancredi e Clorinda and Eisenstein (Die Fledermaus) with Opera Australia; Cavaradossi, Pinkerton (Madama Butterfly) and Turiddu (Cavalleria Rusticana) for West Australian Opera; Anthony Hope (Sweeney Todd) and The Steuermann (The Flying Dutchman) for State Opera South Australia; Alfredo (La Traviata), Cavaradossi and Edgardo (Lucia di Lammermoor) for Canterbury Opera.

Other performances in Europe included Radames (Aida) in Munich, Cavaradossi in Winterthur Switzerland as well as The Prince (Rusalka) in Bern, Switzerland and Alfredo (Die Fledermaus) for Europe’s largest operetta festival in Mörbisch, Austria

Throughout the time based in Germany, Angus returned to Australia and New Zealand regularly each year to perform including to New Zealand to sing Pinkerton (Madama Butterfly) for NBR New Zealand Opera. He was invited to return to New Zealand Opera to perform the role of Boris in Katya Kabanova in Auckland and Wellington in 2017. More recently Angus has returned to Australia to sing the roles of Melot in Tristan and Isolde for West Australian Symphony Orchestra, Pelléas in Pelléas et Mélisande for Victorian Opera, Cavaradossi (Tosca) for Opera Queensland and Pinkerton (Madama Butterfly) for State Opera South Australia.

His portrayal of Boni in The Gypsy Princess for Opera Australia and the Narrator in Il Combattimento di Tancredi e Clorinda were both recognised with nominations as Best Male Singer in a Principal Role, Green Room Awards and Best Male Performer in an Opera at the Helpmann Awards.

Angus Wood is managed by Graham Pushee: graham@artsmanagement.com.au
February 2022
This biography is for general information purposes only and not for publication.
Please contact Arts Management for an up-to-date biography to suit your needs.