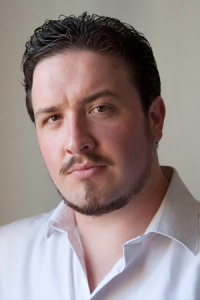 “Kernot is an imposing presence and brings gravity and dignity to the role of Nourabad.”

“Wade Kernot’s Figaro was a nice mixture of the quick thinking and naïve, singing with a commendable natural ease. His “Bravo signor padrone” where he sings about the Counts designs on his future wife was sung with a mixture of agitation, bitterness and thoughtfulness which hints at the upper class / lower class divide which is at the core of the opera.”

"Wade Kernot delivers a star turn as a malevolent spirit who assails Lindbergh from below, encouraging him to give in to sleep. Kernot gives a suitably seductive performance, his warm voice round and resonant and with lots of character, with the requisite Weillian “bite”…”

"Sarastro was an imposing figure. Wade Kernot's velvety bass commanded attention as it ought. He shows enormous potential in this role to which he gave great gravitas."

"Don Alfonso is a pivotal character who can become a tiresome meddler. But Wade Kernot, at only 25, gave a remarkably assured performance. He is a genuine Bass who uses his voice skilfully to create mood…His ‘Soave’ trio with the two women was delicately shaded and was a beguiling moment."

Wade Kernot will start 2022 teaching at the New Zealand Opera School in Whanganui. Wade’s performances this year will include Schumann’s Scenes from Goethe’s Faust with Orchestra Wellington, Banquo (Macbeth) and Call of the Huia for New Zealand Opera, Doctor Grenvil (La Traviata) for Wellington Opera, and Messiah with the New Zeand Symphony Orchestra.

Most recently Wade returned to Orchestra Wellington for Faure Requiem and Rachmaninov The Bells, to Auckland Choral Society for Messiah, and to Christchurch Symphony Orchestra for the Beethoven Mass.

Wade has appeared as a soloist in many concert performances with the New Zealand Symphony, Vector Wellington and Auckland Philharmonia Orchestras, and has appeared with Aorangi Symphony Orchestra in Verdi’s Requiem, with Napier Civic Choir in Beethoven’s 9th Symphony and Verdi’s Requiem and An Australian War Requiem (Bowen) in Sydney.

As a founding member of Opera Factory, Wade Kernot performed roles in Orpheus in the Underworld, Cheryomushki and A Christmas Carol. In 2003, he joined the NBR New Zealand Opera for productions of Boris Godounov and Tosca. He also performed the role of the Speaker and Sarastro in productions of Die Zauberflöte and was a PwC Dame Malvina Major Emerging Artist at the NBR New Zealand Opera. Wade was awarded the 2008 Patricia Pratt Scholarship in Music Performance, and was a semi-finalist representing NZ in both the BBC Cardiff Singer of the World and the Neue Stimmen, in Germany, as well as a runner-up in the Lexus Song Quest.

Wade is now Lecturer in Voice at the New Zealand School of Music, Victoria University, Wellington.

Wade Kernot is managed by Graham Pushee: graham@artsmanagement.com.au
February 2022
This biography is for general information purposes only and not for publication.
Please contact Arts Management for an up-to-date biography to suit your needs.