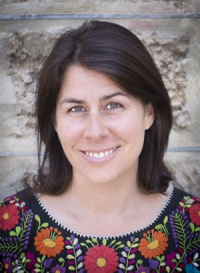 The Black Rider, Co-production Malthouse Theatre and Victorian Opera
“Together with set and costume designer Zoë Atkinson, Lutton has created a stark world that’s part shooting gallery, part marionette stage, populated by characters with little or no control over their lives.

Picnic at Hanging Rock, Malthouse/Black Swan Theatres co-production at the 2017 Edinburgh Festival
“Everything about Zoe Atkinson’s stark, surrealist design exists for the audience to project our fears onto; our most primitive terrors of the dark and the unknown.”

“Zoë Atkinson’s design is ambitious to say the least and a great achievement. The satisfying integration of design and action proves neither distracting nor dull. At its heart is the conspicuous manipulation of space, similar to the imaginative scope of the text; from the cramped quarters of a ship to a public working house, the visual (and metaphorical) frame continuously contracts and expands”.

“The set design was impressive and imposing, particularly the huge sail which is the

“The effect is astonishing: it is primal, it is climax, it is catharsis. It is art.”

Lawn for Splinter Group and Sasha Waltz & Guests in a touring production for Stuttgart Tanzplattform, 2006

“… what happens within Zoë Atkinson’s simultaneously realistic yet somehow surreal set is like a series of physical and imaginative miracles.


“Atkinson’s set is integral to Lawn’s success, its bleak surface at times revealing the horrors of history as well as the dramas and delusions of the present…. Lawn leaves its audience with images that disturb and delight, and definitely deserves a repeat viewing. It will undoubtedly become a festival favourite…”

“Add an ironing board and a spray pack of windex, a pop-up toaster and an intricate patterning of imitation Persian carpets, and you have a gorgeous set for which Oscar Wilde, if he were living today, would surely applaud designer Zoë Atkinson”


“Jude Kelly’s direction is inspired, Zoë Atkinson’s set a nightmare of patterned wallpaper and malfunctioning gadgets… it is the funniest thing to be seen in London.”

Zoë Atkinson studied Scenography at The Prague Academy of The Performing Arts, The International Institute of Figurative Theatre (Czech Republic), and at the Institute International de la Marionette in France, under Josef Svoboda. Since returning to Australia in 1997 she has designed for theatre, dance, puppetry, opera and museums.

In 2020 Zoë was engaged to design set and costumes for Hecate with Yirra Yaakin Theatre, The Cherry Orchard and York for Black Swan State Theatre Company and The Return with Malthouse Theatre. The Cherry Orchard, York and The Return have all now been rescheduled for performances in 2021 and Zoë will also continue her association with the Perth International Arts Festival this year. Her previously designed productions of Cloudstreet and The Importance of Being Earnest toured to Perth and Melbourne, respectively.

In recent years Zoë has designed for The Life of Galileo (set and costumes), an adaptation by Tom Wright for Belvoir Street Theatre, CloudStreet (set and costumes) with Malthouse Theatre, designed for Perth International Arts Festival’s The Museum of Water with English Artist Amy Sharrocks. Ghost in My Suitcase (set and costume) for Barking Gecko Theatre, Xenides: the Musical (set) for Black Swan State Theatre Company, Picnic at Hanging Rock a Malthouse Theatre and Black Swan co-production, which was remounted in the Malthouse before a season at the Barbican Centre, London as well as HOME, the Perth International Arts Festival’s opening spectacle, which celebrated 40,000 years of Western Australian culture, and brought together some of Australia’s most celebrated writers, artists and musicians. Zoe was Artistic Associate and Designer for PIAF’s 2017 opening event Booma Waanginy which was presented again in 2019.

Zoë's works in opera include the Tom Waits and William Burroughs opera The Black Rider for Malthouse Theatre and Victorian Opera, The Flying Dutchman for New Zealand Opera and Elektra for The Western Australian Opera Company with Thin Ice, both directed by Matt Lutton; and the costumes for the Opera Conference production La Fanciulla del West, which was directed by Nigel Jamieson with seasons in Adelaide, Sydney, Perth and Brisbane. Recent theatre work includes On The Misconception of Oedipus with Malthouse Theatre and Signs of Life for Black Swan Theatre. Other shows for Black Swan Theatre include Plainsong, Away, Copenhagen, The Unexpected Man, The Carnivores, Uncle Vanya, The Crucible and Jandamarra.

In 2006 Zoë was the recipient of the Helpmann Award for Best Costume Design for the Malthouse Theatre/Black Swan co-production The Odyssey. She has also received a Melbourne Green Room Award for Best Theatre Production for On The Misconception of Oedipus, which she co-devised with Tom Wright and Matt Lutton, and designed (Malthouse Theatre, 2012, nominated for every award in its category); Equity Guild Awards for Best Designer (The Crucible, Black Swan), twice for Best Production (Plainsong, Black Swan and Skin Tight, Perth Theatre Company), and the Dance Australia Critics Survey Award for Best New Work (The Drover’s Wives, Steamworks Arts). In 2000 Zoë was awarded the Young Australian of the Year for the Arts.

Zoë’s work outside of theatre design includes co-curating and designing The Million Puppet Project Exhibition for the 2008 UNIMA World Puppetry Congress and Festival, which engaged artists, sculptors and community groups from over thirty different countries in one of the world’s most extensive exhibitions of contemporary puppets. Between 2000 and 2001 she was Head of Design at the West Australian Academy of Performing Arts.

Zoë Atkinson is managed by Graham Pushee graham@artsmanagement.com
February 2021
This biography is for general information purposes only and not for publication.
Please contact Arts Management for an up-to-date biography to suit your needs.