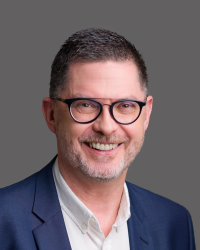 The Pearl Fishers, State Opera of South Australia
“…Graham Abbott does comparable wonders in the pit. In his direction there is so much more on offer than that one afore­mentioned tenor aria. Superbly paced, unforced and clear, his conducting strips away the layers of lush that too often injure Bizet’s delicate orchestration. Along with sweetly tuned playing from the Adelaide Symphony Orchestra, this affords unprecedented insight into the score’s melodic riches and colour. It is like hearing The Pearl Fishers for the first time”
Graham Strahle, The Australian, May 14, 2018

Aida, State Opera of South Australia
“Graham Abbott’s conducting is marked not only  by his control of the grand climaxes but his sensitive accompaniment to the more intimate moments, alert to the surges of passion, with some rapturously lovely woodwind playing, standing out from the impressive contribution of the Adelaide Symphony Orchestra.”
Ewart Shaw, Adelaidenow, August 2nd 2010

Sydney-born Graham Abbott is a graduate of the Sydney Conservatorium and in 1985 was awarded the ABC / Willem van Otterloo Conducting Scholarship. During this tenure he studied with Myer Fredman at the Sydney Conservatorium where he also taught. In 1986 Graham was appointed Conductor-in-Residence at the Elder Conservatorium of Music at the University of Adelaide. He was Musical Director of Adelaide Chorus (now Adelaide Philharmonia Chorus) from 1986 to 1992 and made his professional orchestral debut with the Adelaide Symphony Orchestra in 1987.

Graham will start 2022 by continuing in his role as Artistic Director for Hayllar Music Tours, curating and leading tours in Queensland, New South Wales and Victoria and also leading tours to the Bendigo and Adelaide Festivals. He will conduct the inaugural Richard Gill Memorial Festival of Strings in Melbourne and return to the Auckland Philharmonia Orchestra for Unwrap the Music, to the Adelaide Symphony for the ‘Big Learning’, to Festival of Voices Hobart, and to Melbourne Symphony for Ears Wide Open and Meet the Music. He will also make his debut with National Opera Canberra, conducting Handel’s Alcina.

In a career spanning more than thirty years, Graham has been a frequent guest conductor with all the major Australian orchestras. He has also conducted the Hunter Orchestra, the State Orchestra of Victoria (now Orchestra Victoria), the Adelaide Chamber Orchestra, the Queensland Philharmonic, the Canberra Symphony Orchestra, the Australian Classical Players and many new music and early music ensembles. An experienced conductor of opera, Graham’s repertoire includes Fidelio, Aida, Lélisir dámore, Julius Caesar, Orlando, The Marriage of Figaro, Don Giovanni, La traviata, Il trovatore, Don Pasquale, Un ballo in maschera, and Pelléas et Mélisande.  He was also Assistant Conductor for the Australian premiere season of John Adams' Nixon in China at the 1992 Adelaide Festival and in 2001-2002 was Music Advisor to Chamber Made Opera in Melbourne.

In addition to orchestral concerts around Australia and returns to the Adelaide and Melbourne Symphony Orchestras, highlights in recent years include conducting The Barber of Seville  and Don Giovanni for State Opera of South Australia), leading tours for Hayllar Music Tours, including to the Bendigo Chamber Music and Adelaide Festivals, and creating a series of Podcasts for the Melbourne Recital Centre. Graham has also conducted Israel in Egypt (Sydney Philharmonia Choirs), Handel’s Water Music (Tasmanian Symphony) and Coronation Anthems (Adelaide Philharmonia Chorus), the annual series of Unwrap the Music performances for Auckland Philharmonia Orchestra, semi-staged performances of Bach’s St. Matthew Passion for Opera Queensland, Rachmaninov Vespers with Sydney Philharmonia Choirs, Dvořák’s Stabat Mater with the Prague Chamber Orchestra, Bach’s St Matthew Passion for the Perth Festival, the world premiere of Legrenzi’s Matins for Christmas Day with the Choir of St Peter’s Cathedral, Adelaide, Beethoven’s Eroica  Symphony with Melbourne Chamber Orchestra and Camerata (Brisbane) as well as narrating Prokofiev's Peter and the Wolf for the Geelong Chamber Music series.

While his repertoire in orchestral, choral and operatic fields spans almost all periods and styles, Graham Abbott is most respected as a conductor of, and enthusiast for, the music of Handel. He has conducted Messiah more than seventy times, with all the major Australian orchestras as well as in the UK and in New Zealand. He has given first Australian performances of major Handel works such as Athalia, Ariodante, Agrippina and La resurrezione, as well as conducting the Australian premiere of Handel’s complete Carmelite Music for the Adelaide Chamber Singers.

Graham was Associate Conductor of the Melbourne Symphony Orchestra from 1993 to 1997 and Musical Director of Melbourne Chorale from 1994 to 1997. During this period, he conducted a vast range of music, from the Bach Passions to Australian premieres of Philip Glass symphonies, major Australian works and much standard repertoire. In 1997, Graham was acting Chorus Master of the Chorus of the Royal Scottish National Orchestra. Guest conducting engagements during this time included concerts with the Edinburgh Royal Choral Union, the Royal Scottish National Orchestra, and the Ulster Orchestra.  In 1998 Graham returned to Scotland twice to conduct performances that included the Dvořák Stabat Mater in Edinburgh.

Graham Abbott is managed by Graham Pushee: graham@artsmanagement.com.au
February 2022
This biography is for general information purposes only and not for publication.
Please contact Arts Management for an up-to-date biography to suit your needs.