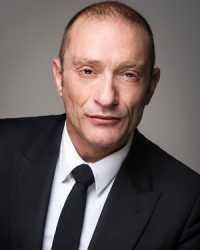 Spirit of Christmas, QPAC
“The Queensland Symphony Orchestra under Simon Kenway played astonishingly well and entered into the spirit of the occasion with gusto.”
Peter Pinne, Stage Whispers, December 2014

Madama Butterfly, West Australian Opera
“The glorious certainty of attack was matched by the subtle rhythmic flexibility which infused the entire production with emotional intensity.  Simon Kenway certainly impressed in his handling of this score.”
Alan True, Opera Opera, June 2000

Simon Kenway is an established and highly respected orchestral and operatic conductor. He has held posts as Principal Chorus Master and Guest Conductor of Opera Australia, Conductor and Chief Vocal Coach for the Sydney Conservatorium, Musical Director for Opera in the Vineyards and Opera by George and Opera Under The Stars in Broome, and from 2015 – 2019 was Artistic Director of Pacific Opera.

In 2019, in addition to his Pacific Opera commitments as Artistic Director, Simon returned to State Opera of South Australia as Chorus Master for The Cunning Little Vixen and to conduct The Mikado, to Sydney Conservatorium’s Open Academy Opera Lab and to the NSW Doctors Choir, both as Music Director. He also conducted the first recording of extracts of George Palmer’s new opera Cloudstreet and ended the season with the QPAC Spirit of Christmas and the Willoughby Symphony Orchestra Christmas Concert.

Other recent engagements include Die Meistersinger von Nurnberg and The Merry Widow for State Opera South Australia, The Marriage of Figaro and The Magic Flute for Opera Australia’s Regional Tour and Opera on the Beach performances in Coolangatta, and workshops and performances as Conductor and Music Director for Opera Australia’s Community Choirs project from 2012 - 2015. He has conducted Verdi Requiem for the Australian Intervarsity Choral Festival in Sydney, Orfeo ed Euridice for Spectrum Now Festival (for which he also prepared the Chorus and acted as Music Advisor), The Cunning Little Vixen for Pacific Opera, Hansel and Gretel for AIM, Rossini’s Cinderella and Associate Conductor for Verdi’s Otello for Opera Queensland, Opera on the Riverstage for the Brisbane Festival and Opera Queensland, Symphony of Australia at the National Gallery of Australia in Canberra, and the Massed Festival Choir and Women’s Festival Choir at the Melbourne International Singers Festival.

Simon has also conducted a series of pop concerts with Anthony Wong, as well as Christmas concerts, for Hong Kong Philharmonic, Rautavaara’s The Gift of the Magi for Canberra International Music Festival, Handel's Belshazzar’s Feast for Willoughby Symphony, a series of opera chorus workshops for the Festival of Voices in Tasmania and concerts for Canberra Symphony, the Singapore American School and The Schools Concerts for Sydney Symphony. He also conducted OzOpera’s Madama Butterfly for Opera Australia, L’elisir d’amore for City of Perth’s Opera in the Park presented by West Australian Opera and Opera at Brookfield for the Brisbane Festival. From 1991- 2009 he was a lecturer at the Sydney Conservatorium of Music.

Further highlights include Music Director for the Act 1 workshop of Cloud Street a new opera by George Palmer, directed by Gale Edwards, Meet in Beijing Arts Festival for Opera Australia in conjunction with the Australian Embassy, Beijing, Bach B Minor Mass for Sydney Philharmonia and Schoenberg's Pierrot Lunaire for the Art Gallery of NSW.

Simon also composes and arranges scores for plays and incidental music. His composition work includes The Rivers of China by Alma de Groen for Australian director Jenny Lang Peach. He also wrote Wild Alone (The Imprisonment of Oscar Wilde) for Opera Apollo and the vocal arrangement for Baz Luhrmann’s album, Something for Everyone.  Simon was Musical Director for the first working draft of Baz Luhrmann’s acclaimed movie, Moulin Rouge.

Simon obtained a Bachelor of Music Degree (Piano) and a Post-Graduate Diploma (Opera) from the Queensland Conservatorium of Music before continuing post-graduate studies at the Royal College of Music, London and in Europe with Norman Del Mar, Gennady Rozhdestvensky, Pierre Boulez, Sir Simon Rattle and James Lockhardt.  He also trained as a vocal coach with the leading repetiteurs from Covent Garden, English National Opera and Paris Opera. Simon was Chorus Master for Chelsea Opera Group and Artistic Director/Conductor of University College Opera, London, for whom he subsequently conducted Lakmé.

Simon Kenway is managed by Graham Pushee graham@artsmanagement.com
February 2022
This biography is for general information purposes only and not for publication.
Please contact Arts Management for an up-to-date biography to suit your needs.