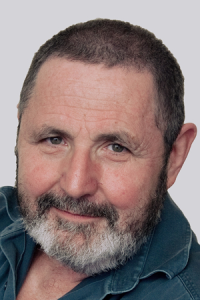 Tis Pity: An Operatic Fantasia on Selling the Skin and the Teeth, Victorian Opera (Composer and Arranger)

“…Mills’s deft, seamless and highly enjoyable compositions revealed an extraordinary showcase of musical reflection and reaction to each of the different times and places being examined.”
Peter Burch, The Australian, February 2017

“…Victorian Opera…Australia’s most innovative mainstream opera company...Mills’ clever score pays homage to the Hollywood and Broadway tradition with its post-Romantic German roots, while embracing French Impressionism and other historical styles along the way as the plot suggests.”

“…Maestro Richard Mills presides over the demanding score with a careful, loving, commanding and encouraging force. In a masterful move, Victorian Opera has engaged Australian Youth Orchestra to provide the massive orchestra, a decision that ties in with the company’s ongoing, unstinting support of young talent. Orchestral playing is marvelous, earning generous cheers of congratulation on opening night.”
Simon Parris, ManInChair, February 2015

“The Flying Dutchman is a watershed moment for the Victorian Opera. An ambitious undertaking, but one that deserves admiration and praise. Set sail to St Kilda”

“…With some fine playing from Orchestra Victoria and effective contributions from the chorus under a baton that sought to allow the singers to give of their best, this concert would have to rate as one of the most remarkable to have been heard in Hamer Hall.”
Classic Melbourne, 2015

Norma, Victorian Opera
“…Every part came together in this pinnacle of bel canto; from the minor roles to the remarkably fine chorus, to polished and sensitive leadership from conductor Richard Mills”


The Love of the Nightingale

“Mills and Wertenbaker have created an outstanding opera that is timeless and contemporary. Mills's inventive score matches the rhythmic lines of the prose while simultaneously establishing mood and momentum. Discordant outbursts are contrasted with appealing lyrical passages and a dazzling array of evocative sonorities.”
Murray Black, The Australian, October 2011

Richard Mills is deservedly one of Australia’s most sought-after composers and music directors and is now in the forefront of senior Australian composers. He has pursued a diverse career as a composer, conductor and artistic director which has seen him working with almost all the nation’s music organisations. He has previously held the posts of Artistic Director of the West Australian Opera from 1997 – 2012 Musica Viva’s Composer of the Year (2008) , and from 2002 – 2008 was Director of the Australian Music Project for the Tasmanian Symphony Orchestra. Richard also works as a freelance conductor throughout Australia and overseas and in 2007/8 was awarded an Ian Potter Foundation Fellowship.

Currently Artistic Director of Victorian Opera, Richard will this year lead the company in performances of Elektra, his new work, Butterfly Lovers, and Rossini’s La Cenerentola. Richard will also conduct State Opera South Australia’s presentation of Richard Meale’s Voss. Recent performances have included The Pearlfishers, the premiere of his new Christmas oratorio, Nativity, with the Adelaide Symphony Orchestra, and Salome.

Further recent conducting engagements include Parsifal (Wagner), Heroic Bel Canto, The Barber of Seville (Rossini), William Tell (Rossini), I Capuleti e i Monteccchi (Bellini) and Pelleas et Melisande (Debussy) all for Victorian Opera, as well as returning to the Tasmanian Symphony Orchestra. Also  for Victorian Opera: Tis Pity: An Operatic Fantasia, (which he also composed and arranged), La Sonnambula, Lucia di Lammermoor and Laughter and Tears (featuring I Pagliacci), The Flying Dutchman, I Puritani, a Mother’s Day concert, La Traviata, Norma, and The Riders (Grandage), a Gala concert at Monash Robert Blackwood Hall, and an ANZAC remembrance concert, for which he had been commissioned to compose a work, as well as composing The Pied Piper. He conducted the ANZAC remembrance concert for the Tasmanian Symphony Orchestra in 2015 and returned to the TSO and the Australian Composers School in 2016. He has also conducted The Barber of Seville, Norma, Die Fledermaus, La Sonnambula, Peter Grimes and Elektra (West Australian Opera); Proms Concert (Canberra Symphony Orchestra); The Love of the Nightingale (Opera Australia); Melbourne Symphony Orchestra, premiering his new Organ Concerto, and the Australian Youth Orchestra.

Richard Mills conducts all the major orchestras in Australia and regularly performs in major Australian Festivals. He made his debut as an opera conductor at Opera Queensland with The Magic Flute. Now, through his work with West Australian Opera and Victorian Opera, he has a large repertoire of standard works, as well as a reputation for conducting contemporary opera and his own compositions. He is one of the few Australian composers who have been commissioned to write operas for main stage performances in Australia, and whose works have been performed in a number of seasons. Victorian State Opera commissioned Richard to write an opera of Ray Lawler’s Summer of the Seventeenth Doll, which premiered in Melbourne in 1996, and received Sydney performances in the Opera Australia season in 1999. Batavia was commissioned by Opera Australia and premiered at the Melbourne Festival in 2001 to great critical acclaim, consequently receiving a number of Green Room and Helpmann Awards including Best Opera and Best New Australian Work. In 2004, he conducted a revival of Batavia in Perth, when it was presented as a joint production between the Perth International Arts Festival, Opera Australia and West Australian Opera. It was mounted again in the Opera Australia Sydney winter season in 2006. Richard’s third opera, The Love of the Nightingale, premiered at the 2007 UWA Perth International Arts Festival conducted by Richard with further performances in Melbourne for Victorian Opera and Brisbane for Opera Queensland that year. This opera, most recently presented by Opera Australia in Sydney in 2011, received several nominations for 2007 Helpmann Awards including Best New Australian Work, Best Opera and Best Music Direction and received four Awards including that of Best Music Direction for Richard.

Some of Richard Mills’ more significant compositions include a score for the Australian Ballet; Passion According to St. Mark; his song cycle Songlines of the Heart’s Desire which received its European premiere at the 2010 Edinburgh Festival and his Organ Concerto which was premiered by Calvin Bowman with the Melbourne Symphony Orchestra in August 2011.

Other notable conducting engagements have included La Cenerentola for Opera Australia, the world premiere performance of Peter Sculthorpe’s Requiem with the Adelaide Symphony Orchestra at the Adelaide Festival, the world premiere of his double concerto for clarinet and violin with the Taipei Symphony Orchestra and a concert performance of Wagner’s Tristan und Isolde with the Australian Youth Orchestra for the Queensland Music Festival, which won a Helpmann Award for Best Classical Concert in 2005.

Richard’s music has found wide acceptance and popularity with musicians and the concert-going public, and his works are regularly performed throughout the world. Compositions range from Concerto for Violin and Viola, Flute Concerto commissioned by James Galway, Earth Poem-Sky for Aboriginal Dancers, Singers, electronic sound and the Darwin Symphony, (also given at the 1998 Adelaide Festival), Soundscapes for Percussion and Orchestra most recently performed by Evelyn Glennie at the City of Birmingham Symphony Proms and also filmed with Miss Glennie and the BBC Scottish Symphony Orchestra, music for the ballet Snugglepot and Cuddlepie premiered by The Australian Ballet and later recorded for CD and Fantastic Pantomimes written for the Melbourne Symphony’s tour of Japan.

Commissions for the Sydney Symphony include Tenebrae, Emblems and Totemic Journeys to celebrate Australia’s Centenary of Federation. Requiem Diptych was commissioned and premiered by the Chicago Chamber Musicians Brass in 2001. His symphonic work for the Melbourne Symphony Orchestra, The Little Mermaid, was premiered in August 2005. During his year as Musica Viva’s featured composer, three of his String Quartets were performed by the Goldner, Takács and Jerusalem Quartets and a song cycle, Songlines of the Heart’s Desire was premiered by Peter Coleman-Wright, Cheryl Barker and Piers Lane. Most recently Richard has composed a number of song cycles as part of the Ian Potter Foundation Fellowship.

His CD recording Richard Mills Orchestral Works with the Queensland Symphony Orchestra became a best seller on the ABC Classics label. His three-volume CD of the film music of Franz Waxman with the same orchestra was awarded a Preis der Deutschen Schallplatten Kritik in 1992. He also has an extensive discography of over twenty releases with the Australian symphony orchestras, including a CD of his major orchestral works with the Melbourne Symphony Orchestra.

Artistic Director of the two Musica Nova festivals, given by the then ABC Concerts/Music division in both 1987 and 1990, he invited Witold Lutoslawski, H.K. Gruber, John Corigliano, David del Tredici, and Sofia Gubaidulina to attend as featured composers, and commissioned some 20 new Australian works for each festival, as well as conducting major concerts. Richard was also Artistic Director of the Adelaide Chamber Orchestra from 1990 to 1996. During that time, he commissioned 27 new Australian works, and led significant concerts of contemporary music in the 1992 and 1994 Adelaide Festivals.

Richard Mills continues a high level of involvement in the community through such projects as commissions for the 1982 Commonwealth Games, the 2000 Olympic Games, the Australian Bicentenary re-orchestration of Charles Williams’ Majestic Fanfare (the ABC news theme) and the 2006 Commonwealth Games in Melbourne. As an academic he has been Lecturer in Composition and Conducting at the Queensland Conservatorium of Music and Visiting Fellow, University of Melbourne School of Music. In 2009/2010 Richard Mills was the director of the Symphony Australia Composer Development Program, run in collaboration with Orchestra Victoria. He is currently a Senior Fellow, Faculty of Music, University of Melbourne.

Richard Mills is managed by Graham Pushee: graham@artsmanagement.com.au
February 2022
This biography is for general information purposes only and not for publication.
Please contact Arts Management for an up-to-date biography to suit your needs.