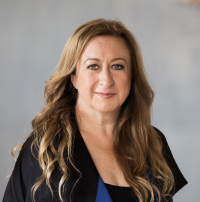 Australian World Orchestra, Australian National Academy of Music
“Young must now be acknowledged as a leading Messiaeniste. Not only does she know how to draw out his sumptuous near-operatic sonorities, but she tosses off those perilous rhythmic quirks – all those added value notes! – without batting an eyelid. She is known as a hard task-master and was clearly the perfect conductor for the AWO and its young ANAM colleagues.”
Vincent Plush, Limelight, 30 July 2017

Mahler’s Sixth Symphony, Queensland Symphony Orchestra
“..the conductor herself was cheered as she mounted the podium, while the QSO looked like it couldn’t wait to get stuck in.  And that’s pretty much how it stayed all night, the orchestra playing out of its skin for a conductor it clearly adores.”
Martin Buzacott, The Australian, 14 September 2015

Brahms’s A German Requiem, WA Symphony Orchestra
…Her liquid but decisive gestures invite nuance and subtlety, while demanding energy and rhythmic precision.  There were moments, particularly in the third and sixth movements of the Brahms, where she took a firm grip on the performance and propelled it thrillingly forward.  Young was equally adept in moments of stillness, tenderness and reflection.  It is a joy to watch such a wonderful conductor so hard at work”.
Paul Hopwood, The Australian,  6 Augst 2012

Australian-born Simone Young is internationally recognised as one of the leading conductors of her generation. This year she takes up her position as Chief Conductor of the Sydney Symphony Orchestra, having been Chief Conductor Designate since 2020. From 2005-2015 she was General Manager and Music Director of the Hamburg State Opera and Music Director of the Philharmonic State Orchestra Hamburg, where she conducted repertoire ranging from Mozart, Verdi, Puccini, Wagner and Strauss, to Hindemith, Britten and Henze. She is an acknowledged interpreter of the operas of Wagner and Strauss, having conducted several complete cycles of Der Ring des Nibelungen at the Vienna Staatsoper, the Staatsoper in Berlin and again, to great acclaim, in Hamburg as part of the ‘Wagner-Wahn’ Festival, during which she conducted the 10 major Wagner operas. Her Hamburg recordings include the Ring cycle, Mathis der Maler (Hindemith), and symphonies of Bruckner, Brahms and Mahler. Her 2012 tour to Brisbane with the Hamburg Opera and Ballet, (Das Rheingold in concert, and Mahler Symphony No. 2 “Resurrection”), won her the 2013 Helpmann Award for the Best Individual Classical Music Performance.

Simone Young is the recipient of many awards and honours including the 2019 European Cultural Prize Vienna, the 2014 International Opera Awards for best anniversary production for the Verdi trilogy - La battaglia di Legnano, I due Foscari, I Lombardi with the Hamburg Staatsoper, the 2011 Sir Bernard Heinze Award, the 2005 prestigious Goethe Institute Medal, her appointment as a Member of the Order of Australia in 2004, the Chevalier de l’Ordre des Arts et des Lettres from France and Honorary Doctorates from the University of Western Australia, Griffith University, Monash University and the University of New South Wales.

She has also been elected to the Akademie der Kuenste in Hamburg, nominated as the Conductor of the Year by Opernwelt magazine and awarded a Professorship at the Musikhochschule in Hamburg. Other awards include Green Room Awards for her performances of Die Frau ohne Schatten (Melbourne Festival), Tristan und Isolde, and Lulu, Helpmann Awards for Best Classical Concert with the West Australian Symphony Orchestra, Best Musical Direction (Andrea Chenier), the Mo Award for “Classical Performer of the Year”, and a Grammy nomination for her recording of La Juive.

Simone Young is managed by Graham Pushee: graham@artsmanagement.com.au
February 2022
This biography is for general information purposes only and not for publication.
Please contact Arts Management for an up-to-date biography to suit your needs.