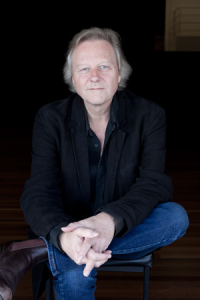 Wudjang: not the past, Bangarra Dance Theatre

“Nick Schlieper’s lighting design is superb. He pushes the range of light levels, that an eye can capture, to its maximum, and with aplomb. Schlieper's finesse and expertise is part of the story telling. The intense opening required total blackout, even the exit lights were briefly dimmed………the eventful night that Schlieper's design was so much a part of.”

“Andrew Upton’s production opens on a magnificent set, designed and lit by Nick Schlieper, that is like a soaring gothic cathedral stretching up through the height of the huge stage”

“…This is a monumental, monochrome, vaguely post-apocalyptic wasteland, brilliantly lit by Nick Schlieper in hard-edged tones of metallic silver and grey”.

“…the staging is outstandingly beautiful, so much so that Patyegarang may be enjoyed as a work of visual art. The evocation of a pristine land and the play of light on rock are magical, adding to the atmosphere of otherworldliness.”

"Nick Schlieper’s lighting - from below, the sides or above – is wonderfully expressionist and atmospheric.”

"The brilliant lighting by Nick Schlieper giving a subtlety to the towering set."

Nick Schlieper designs for all of the major performing arts companies in Australia, and works regularly in Europe and the USA. He is one of Australia’s most highly awarded designers having received six Melbourne Green Room Awards, six Sydney Theatre Awards (two for set design and 4 for lighting design), the inaugural 2013 Australian Production Designers Guild Best Lighting Design Award, as well as 5 Helpmann Awards and in 2016 a Nomination for Best Lighting and Best Set (with Simon Phillips) for North by Northwest (MTC and Kay and McLean Productions).

2022 has already seen Nick Schlieper light Bangarra Dance Theatre’s acclaimed production of Wudjang: not the past. This is followed by Opening Night for Belvoir Street, North by Northwest (Kay and McLean Productions), and Phantom of the Opera ( Handa Opera on Sydney Harbour). He returns to Sydney Theatre Company for The Picture of Doran Gray, Strange Case of Dr. Jekyll and Mr. Hyde and The Tempest, and to the Bayersiche Staatsoper, Munich for Die Teufel von Loudun (Penderecki).

Engagements last year would have seen Nick return to Sydney Theatre Company for The Deep Blue Sea, Wonnangatta, The Picture of Dorian Gray and Playing Beatie Bow (which will now re-open the Wharf Theatre); to Bangarra for Sandsong; to Melbourne Theatre Company for As you Like it; and light Salzburg Festival’s production of Medeé for the Polish National Opera in Warsaw. Love Never Dies was also to be seen in the United Kingdom and Canada. This year will see him light the postponed productions of Playing Beatie Bow for STC, As you Like it for MTC, Sandsong for Bangarra, as well as The Cherry Orchard for Company B Belvoir and a return season of The Picture of Dorian Gray for STC.

Recent engagements include Nick’s debut at, and return to, the prestigious Salzburg Festival, designing the lighting for Aribert Reiman’s Lear in the FelsenReitschule, and for Cherubini’s Medeé in the Grosses Haus; as well as Mosquitos, Cat on a hot tin roof, The Real Thing, Saint Joan, Harp in the South, A Cheery Soul, The Resistable Rise of Arturo UI,  Chimerica, Three Sisters, All My Sons for Sydney Theatre Company; Macbeth, Twelfth Night and Photograph 51 (also set design) for Melbourne Theatre Company; Packer and Sons, Ghosts and Twelfth Night for Company B Belvoir; Bennelong (also at Adelaide Festival), Unaipon and To make fire, and the exhibition Knowledge Ground celebrating their 30th Anniversary for Bangarra Dance Company; return commercial seasons of North by Northwest in Bath, Toronto, Brisbane and Adelaide, Love Never Dies in Tokyo, and Priscilla the Musical in Melbourne; as well as set and lighting designs for Tim Finn’s The Fiery Maze for Malthouse. Nick also returned to the National Theatre of Norway for Private Confessions, directed by Liv Ullman, and to New Zealand Opera for The Elixir of Love. He also lit Sydney Theatre Company’s revival of The Present with Cate Blanchett on Broadway, and The Space Between the Notes (Emma Matthews’ one woman show at Arts Centre Melbourne).

His international work includesproductions of Waiting for Godot (at The Barbican, London), Billy Budd and A Midsummer Night’s Dream at the Hamburg State Opera; The Hostage for the Royal Shakespeare Company; The Government Inspector for Theatr Clwyd in Wales; Blackbird in New Zealand and at the RuhrFestspiele, Germany, Armut, Reichtum, Mensch und Tier and The Ginger Man for Deutsches Schauspielhaus in Hamburg; Kasimir und Karoline and Lea's Hochzeit for Theater in der Josefstadt, in Vienna; U.F.A. Revue in Berlin and the Kennedy Centre Washington; Michael Kramer and Ein Florentinerhut for Schillertheater in Berlin; Michael Bogdanov’s productions of Macbeth and Peer Gynt for the State Theatre of Bavaria; Uncle Vanya (directed by Liv Ullman for The National Theatre of Norway)  Aristokraten in Stuttgart; Tales of Hoffman in Wiesbaden; Away and Summer of the Seventeenth Doll at the Summerfare Festival in New York and Hedda Gabler and Streetcar Named Desire, with Cate Blanchett, also in New York.

Nick’s work in Music Theatre includes First Wives Club The Musical at the Oriental Theatre, Chicago, Priscilla Queen of the Desert, The Musical in Australia, on Broadway, the West End, Toronto, Sao Paolo and throughout Europe; Love Never Dies in Hamburg, Tokyo, Sydney, Melbourne and a US national tour for The Really Useful Company (filmed and released on DVD and Blu-ray worldwide and released in cinemas in USA and Canada).

He has also designed lighting for Scheherazade for the Australian Ballet, the acclaimed Cinderella for Royal New Zealand Ballet and many works for Bangarra Dance Company including the 2019 30th anniversary “Knowledge Ground” exhibition at Carriageworks, Patyegarang, Bennelong and Bush (which has toured extensively in the USA and to London).

Nick is a board member of Malthouse Theatre in Melbourne and Belvoir St Theatre Ltd in Sydney.

He has worked as consultant for both theatre and architectural projects and has taught extensively, including a 10-year stint as guest lecturer at the Bayerische Theaterakademie in Munich.

Nick Schlieper is managed by Graham Pushee: graham@artsmanagement.com.au
February 2022
This biography is for general information purposes only and not for publication.
Please contact Arts Management for an up-to-date biography to suit your needs.