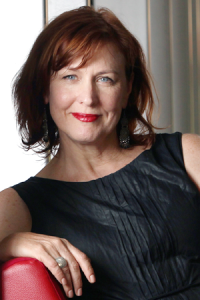 “Hume’s Rigoletto…… is an extremely attractive, unified, and unforced update that makes the opera more real and emotionally impactful than any production of Rigoletto I’ve witnessed.”

“Hume’s theatrical visions…was exceptional. Sets range from a crushingly grand representation of the Duke’s palace (complete with banks of video screens) to sketchy glimpses of a bus shelter, a dive bar, rooms in Rigoletto’s shabby home, often in disquieting motion as if to emphasize the fragility of the powerless…this is a production as nasty as the piece itself, and works in a way which conventional productions regularly fail to do.”

The Barber of Seville, Seattle Opera

“This production is a hoot…Australian stage director Lindy Hume’s inventive imagination is at the core of it…a zany creation that is incredibly funny, unexpectedly lit and wildly colorful, yet true to the story and never overreaching into farce or slapstick…sheer delight”

“Hume took a contemporary look at a work that was decidedly dusty and gave it a fresh and pleasing spin. She deserves a bravo!”

“…Lindy Humes' clear, focused attention in gathering the action in various masses to create a stylised  portrayal of events as she draws heightened dramatic character portrayal from her earnest cast, allowing the opera's 24 scenes over its four acts to unfold as a cohesive whole.  Humes' direction deftly reflects Gluck's blend of sacred and secular music”.

2021 will see Lindy direct The Marriage of Figaro for New Zealand Opera, Madama Butterfly for Welsh National Opera and The Barber of Seville for State Opera South Australia.

Most recently she has directed Rigoletto and Cenerentola for Seattle Opera, Carmen for Opera Leipzig, West Australian Opera and New Zealand Opera, The Barber of Seville in Seattle and for New Zealand Opera, Cenerentola for Royal Swedish Opera Stockholm, Athalia (Handel) for Pinchgut Opera and, for Opera Queensland Don Giovanni, Ruddigore, Mozart Airborne and A Night With Opera Queensland.

European productions include La bohème (Deutsche Staatsoper in Berlin, which was telecast live throughout Europe), Tolomeo (Musiektheater Transparant in Belgium), Radamisto (Handel Festspiele and Opernhaus Halle), A Streetcar Named Desire and Norma (Opera Theatre St Gallen in Switzerland), Così fan tutte (Guildhall School of Music and Drama in London), and Albert Herring and Phaedra (Aldeburgh Festival in the UK). She made her American debut in 2004 directing The Barber of Seville for Houston Grand Opera, returning in 2009 and 2013 to direct Rigoletto and Die Fledermaus respectively. She has also staged Bach’s St Matthew Passion and directed Rossini’s Cinderella in her own English translation for Opera Queensland and Don Pasquale (Oper Leipzig), ABANDON (co-director) and Rigoletto (both for Opera Queensland) and Iphigénie en Tauride (Pinchgut Opera). Her production of “Cenerentola” (this time performed in the original Italian version) was produced by NBR New Zealand Opera in 2015 and presented by Oper Leipzig and in San Diego in 2016. Other recent productions include Rossini’s Comte Ory in Seattle, West Australian Opera’s Gianni Schicchi at Opera in the Park, Snow White and The Barber of Seville for Opera Queensland and Theodora for Pinchgut.

Lindy is recognised as a champion of new Australian work across a range of genres. As Artistic Director of OzOpera, she commissioned the MDTV project, award-winning screen operas with ABC TV, and major Australian works including Paul Grabowsky’s Love in the Age of Therapy and Richard Mills’ Batavia (with Opera Australia and the Melbourne Centenary of Federation Festival). Lindy’s 2001 production of Batavia won the Helpmann and Green Room Awards for Best Director and Best Production. In 2007, she commissioned and directed the world première of Richard Mills/Timberlake Wertenbaker’s opera The Love of the Nightingale, one of several new creations for Perth International Arts Festival within the award-winning Wesfarmers Arts Commissions series.

New Australian work, a focus on contemporary Indigenous culture, the development of a distinctive regional identity and celebration of local communities have been fortes of her tenure as Artistic Director of the Perth International Arts Festival 2004-2007and as Festival Director of the 2010-2012 Sydney Festival, Australia’s largest and most popular annual arts event. Lindy’s 2010 Sydney Festival won 5 Helpmann Awards from 9 nominations including Best New Australian Work for Smoke & Mirrors (Sydney Festival in partnership with Spiegeltent International), Best Major Event (Festival First Night), and Best Classical or Orchestral Concert (Oedipus Rex/Symphony of Psalms). Alongside a focus on Australian innovation and bold international programming, Lindy’s Sydney Festivals have been recognised for their cultural diversity and inclusiveness, featuring programming from the Asia Pacific region and Indigenous Sydney. In 2012, the expansion of the Festival program in Parramatta and Black Capital, a major celebration of Redfern, were important landmarks for the Festival.

Lindy Hume is the recipient of an Australia Council Theatre Board Fellowship and holds a Graduate Diploma in Arts Administration from the University of South Australia. In 2007, she was awarded the Honorary Degree of Doctor of Letters by The University of Western Australia in recognition of her contribution to the cultural life of Western Australia and in 2013 was named one of Australia’s 100 Women of Influence. Lindy was chair of the Board of South East Arts for 6 years until 2014, and maintains her position on the board of Regional Arts NSW. She also served on the Australia Council’s Major Performing Arts Board (2008-2011 and in mid- 2015 joined the board of Festival of Voices in Tasmania. She is also a board member of NORPA.

Lindy Hume is managed by Graham Pushee: graham@artsmanagement.com.au
February 2021
This biography is for general information purposes only and not for publication.
Please contact Arts Management for an up-to-date biography to suit your needs.