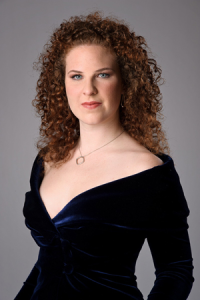 The Princess and the Pea, Victorian Opera

“…Young soprano Olivia Cranwell was perfectly cast as the Princess, singing the role beautifully and maintaining an adorable presence on stage.”

“…Olivia Cranwell’s bright and burnished soprano was delightful, and she delivered her transformation to triumphant royal fiancée with excellent comedic timing”.

“…Olivia Cranwell brings a polished presence and a lovely clear, pure soprano as the Countess. Lit in a chilly evening blue, Cranwell’s heartfelt performance of reflective aria “Where are they, the beautiful moments” is the most affecting moment of the evening”.

More Than Opera, The Ring.Animated

“...The musicians and singers all perform excellently, especially the dynamic Olivia Cranwell, a powerful soprano”.

Olivia Cranwell is a graduate of the Master of Music (Opera Performance) program, run by Victorian Opera in partnership with the Melbourne Conservatorium of Music, University of Melbourne. Prior to that, she completed her Bachelor of Music at the Victorian College of the Arts in 2009, and her Bachelor of Arts at the University of Melbourne in 2010. Olivia attended the inaugural Lisa Gasteen Opera Summer School in 2011.

Olivia started 2020 by taking up her Vienna State Opera Award where she performed Ortlinde (Die Walküre) and covered the roles of Countess (The Marriage of Figaro), Kate Pinkerton (Madama Butterfly), Freia (Das Rheingold), 4th Maid (Elektra) Fräulein Andacht (Pünktchen und Anton) and Dritte Norn (Götterdämmerung). On returning to Australia she was engaged to perform the roles of Raven and Herodias in Three Tales, and Juliette in Die tote Stadt for Victorian Opera and for Opera Australia, to perform Ortlinde and Third Norn, and to cover the leading role of Sieglinde in their new production of Wagner’s Ring Cycle in Brisbane. In 2021 Olivia will now perform the role of Sieglinde, as well as those of Ortlinde and Third Norn in Opera Australia’s postponed new production of Wagner’s Ring Cycle in Brisbane.

Most recently, for Opera Australia Olivia performed the roles of The Queen of Hearts/Contrary Mary/The Spider in the NSW schools tour of By the Light of the Moon, Queen/Lady/Papagena in The Magic Flute on tour, Ortlinde in Die Wälkure in The Melbourne Ring Cycle, appeared in Die Meistersinger von Nürnberg, Countess and Bridesmaid/Coro on the Regional Tour of The Marriage of Figaro and covered the role of Mimi in La Bohème.  She also returned to City of Stonnington as Mimi in La Bohème where she previously sang the role of Cio-Cio-San in Madama Butterfly. She was featured as Princess in The Princess and the Pea, Mother in Hänsel und Gretel and at the Murray River International Music Festival in Mildura, all for Victorian Opera.

Olivia made her operatic debut with Victorian Opera playing the role of Gossip in Angelique, and since then she has performed as soloist in the Gala Concerts and the Proms Concert Games of Love and Chance, as well as the roles of Rapunzel in Stephen Sondheim’s Into The Woods, Watkin Wombat/Rooster (The Magic Pudding), Celeste 1 & Waitress (Sunday in the Park with George), Puss (Puss in Boots), Queen Clementine (Sleeping Beauty), Clorinda (Cenerentola), soloist (Assembly), Robber Girl (Snow Queen) and God (Noye’s Fludde). Covered roles include Cherubino (The Marriage of Figaro), Sesto (Julius Caesar) and Popova (The Bear) all for Victorian Opera.

She was a guest soloist in a Gala Concert with the Canberra Symphony Orchestra and a tour of Ring.Wagner.Animated with More Than Opera. She has also sung Carmen for In Good Company, Papagena in The Magic Flute with VCA Symphony Orchestra, Hansel and Mother/Witch/Sand Fairy for Opera Australia’s Schools Tour of Hansel and Gretel and covered the roles of Cio-Cio-San in Madama Butterfly and Countess in The Marriage of Figaro for Opera Australia.

Olivia Cranwell is managed by Graham Pushee: graham@artsmanagement.com.au
February 2021
This biography is for general information purposes only and not for publication.
Please contact Arts Management for an up-to-date biography to suit your needs.